While Celtic knot work jewelry design had it’s roots in the spiral and trumpet designs of the ancient Celtic and Neolithic past it emerged in the form with which we are now familiar in Celtic knot work jewelry masterpieces such as the Tara Brooch and in the magnificent Celtic Insular Gospel manuscripts produced in Irish monastic settlements during the 6th and 7th century AD.

While the rest of Europe was in the dark ages Ireland was experiencing a golden age.
The Roman Empire had collapsed and Europe had entered the dark ages of mayhem and illiteracy, overrun by barbarian hordes of Angles, Saxons, Goths, Vandals and Visigoths who destroyed libraries, schools and everything else in sight.

In contrast Ireland was at peace, producing fine jewelry and was rapidly spawning the monastic universities and scriptoriums that would eventually save European culture.

The Book of Kells is regarded as one of the pinnacles of this cultural achievement, which is now known as the Ultimate La Tene and is one of the sources that modern artists draw upon in the creation of designs for Celtic knot work jewelry. Others include the Celtic high crosses and magnificent examples of metal work such as the Ardagh Chalice as well as jewelry such as the Tara Brooch.

Ireland had converted to Christianity without much struggle. The Druids said that there was no difference between Druidism and Christianity and the Irish monks educated in the Bardic traditions wore the Druidic Tonsure for several hundred years until it was banned by Rome.

This brings one to the possibility that these Irish monks were the heirs of the Druids and were greatly influenced by them. The Druidic pre-Christian Celts were the first European people known to believe in the transmigration and immortality of the human soul.

There have been suggestions that King Ashoka of Indian sent a Buddhist mission to Europe to convert them but consider the fact that the Goidelic and Brythonic languages are sister languages to Sanskrit and Gaelic is the oldest living language in the world.

That leads to the possibility that the Celts and the Aryans of India had a common ancestry, probably in the North Pole where the Vedic Hymns are thought to have originated during the last Ice Age and so may also have shared some of the same philosophical and religious beliefs.

The question arises as to what these monks were doing with the production of these manuscripts. Obviously they were preserving literature, but was there something else?
The knotwork and interlace designs that adorn these sumptuous pages are highly complex and require great focus and skill to produce. Were they using this medium to work on their attention in the same way that a mantra is used in meditation?

This question and others deserves further investigation if we are to understand the true meaning of Celtic knotwork design.

Today Celtic knotwork design is used to create exquisite earrings, pendants, pins and rings. To see some of the most beautiful Celtic knotwork jewelry on the Internet visit our products pages.

When you will receive your jewelry depends the availability of the piece you ordered and the shipping option you selected. Use the following equation:

When is my credit card billed?
Your credit card is billed only after your order is shipped out.

All orders carry a 30 day money back guaranty!
You may return any item for a full refund (excluding shipping) or exchange within 30 days from the date you placed your order.

In order to return a product:

All jewelry pieces come in a beautiful golden box with a golden ribbon at no extra charge. 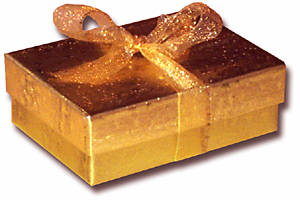 The pages where you will be entering your personal information and credit card information are secure and they display the yellow icon above.
Our Privacy Policy

In celebration of Halloween and Samhain, we are offering a 15% discount on orders of $50 or more until November 4th, excluding shipping. Happy Shopping and Happy Halloween and Samhain.
The ancient feast of Samhain became known in Christian times as Halloween. It marks the end of the Celtic pastoral year and the beginning of the Celtic new year.
All fires were extinguished and ritually reignited from the sacred druidic ceremonial fires.
It was a magical and very spiritual time when the separation between the earthly world and the spiritual world disappeared and man and spirit had free access to both worlds.
Great splendid, dramatic and terrifying events occur at this time and it is the occasion of joyful celebration.
Apply coupon code SAMSALE in your shopping cart to receive your discount.